Ships of the Northern Fleet TV Show Wiki
Register
Don't have an account?
Sign In
Advertisement
in: Cogs-Folk, Fleets, Lore

You may be looking for Category:Cogs-Folk

The Cogs-Folk fleet is lead by Captain Jane Flint.

No sky ship will be able to keep a cloud in its sails without without at least one Cogs-Folk sailor onboard. Engineers and inventors, these brilliant minds are a must-have for any crew.

Cogs-Folk have never met a machine they didn't like.

Cogs-Folk do have specialized subgroups that focus on specific areas of tech. These would be their Guilds. All of their Guilds have a place of honor in the Cogs-Folk’s Great Guild Hall

Cogs-Folk, despite their practicality, or perhaps because of their affinity for tech, believe everything can, and likely does, have a soul. They also believe in the possibility of reincarnation. Due to this their Great Guild Hall contains a repository for the ashes and ingots that comprise the earthy remains of fallen honored Cogs-Folk called the Hanger Foundry. There the remains are placed in the sacred Boxes of Mortal Effects. 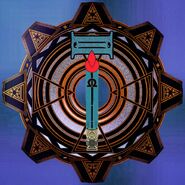 The Cogs-Folk Emblem as seen in the Books

The Cogs-Folk Emblem from the Show

The updated Cogs-Folk logo from the proposed reboot.

Community content is available under CC-BY-SA unless otherwise noted.
Advertisement