Ships of the Northern Fleet TV Show Wiki
Register
Don't have an account?
Sign In
Advertisement
in: Factions, Fleets

The Fleet of the Necronauts is led by Captain Hellman.

Necronauts seek to cheat death (Black Night) by using technology and necromancy to extend their lives.

While the Necronauts always used technology as a way of extending their life or cheating death, it was Marwolaeth who made a deal with the first Captain Hellman to use necromancy magic to augment their existing technology. No one knows what that deal involved, since no one else was in the room where it happened. 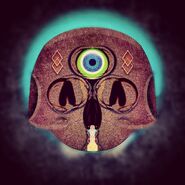 The Necronauts Emblem as seen in the Books

The Necronauts Emblem as seen on the Show

The updated Necronauts logo from the proposed reboot.
Community content is available under CC-BY-SA unless otherwise noted.
Advertisement