Ships of the Northern Fleet TV Show Wiki
Register
Don't have an account?
Sign In
Advertisement
in: Fleets

Led by Captain Barnabus and his Ropeswinger crew, the True Winds are the carriers of supplies and manpower from one place to another. But beware: if you are approached by a True Wind vessel, they might be inclined to take your own cargo 'off of your hands.'

True Winds are set apart by their thirst for adventure. They are the group most known for their never-ending explorations, leading them to both great feats and horrible failures. Many True Winders' adventures were delved into in the original television series, which focused mainly on the discoveries of Captain Barnabus and his crew. The wider-recognized reboot of this show focused on a more balanced telling of the entire SOTNF story, and was less revolved around True Winds specifically. 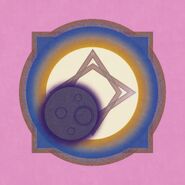 True Wind Emblem as seen in the Books

True Wind Emblem as seen in the Show

The updated True Winds logo from the proposed reboot.
Community content is available under CC-BY-SA unless otherwise noted.
Advertisement